Home > Tech > What are the Best Tech Jobs?
Tech

What are the Best Tech Jobs? 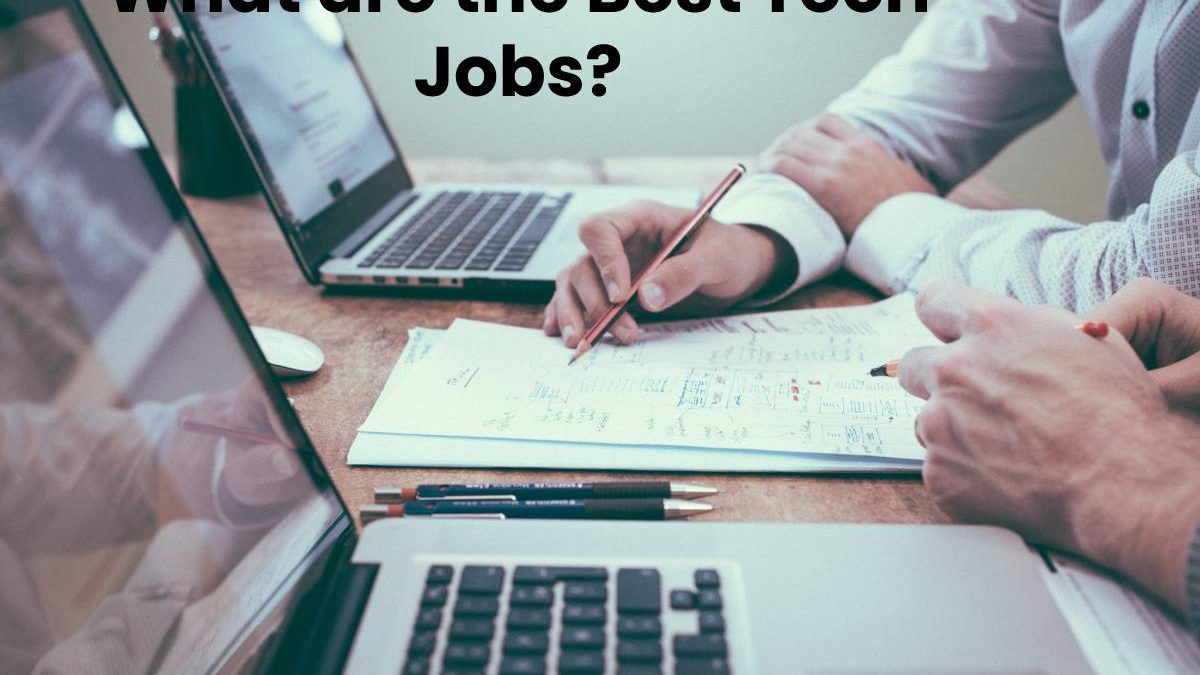 Firstly, with a degree in technology, it’s difficult to go wrong. The National Association of Colleges and Employers reports that computer and information sciences, particularly advanced degrees, are the majors with the greatest job offers and acceptance rates, with beginning wages close to $100,000. That may be why, according to a new CareerBuilder survey, the number of scientific and technology employment remains anticipated to increase twice as quickly as other occupations.

According to the Bureau of Labor Statistics, with a median annual salary of $97,430, a degree in a computer-related subject may lead to a range of well-paying and in-demand occupations as of May 2021. The greatest tech occupations have anticipated growth rates of 13% and pay much more than the typical median earnings of $45,760.

Data scientists have “the sexiest job of the 21st century,” according to the Harvard Business Review (HBR).

There is a significant need for people who can analyse data to assist businesses in making choices, but few competent applicants are available.

Level three data scientist managers can earn up to $250,000 per year, according to a 2021 Burtch Works research. Burtch Works also points out that most data scientists hold a Master’s or a Ph.D. in engineering, computer science, mathematics or statistics.

There is a huge need for software engineers. The demand for technology-driven goods like smartphone applications and other items fuels this increase. While some programmers create applications, system programmers create operating systems and user interfaces. Typically, applicants must hold a bachelor’s degree in computer science, software engineering, or mathematics.

Information security analysts have by far the most available positions on the list. More than 22 billion data remained compromised in 2021, according to Risk Based Security/Flashpoint, an international security organisation.

In addition, IT consulting firms recruit most of the computer systems analysts required to develop and deploy new computer systems. Although the Bureau of Labor Statistics notes that occasionally a liberal arts degree is acceptable, candidates often need a bachelor’s degree in a computer-related discipline. The following sectors have seen the most growth: cloud computing, mobile technology, and healthcare records.

Although, one of the few positions on the list that doesn’t require a bachelor’s degree is this one. Similarly, web designers, who construct the look and feel of the website, need an associate’s degree in web design. There are three different sorts of web developers.

Also read: What are Tech-Related Business Ideas To Start

Review What are the Best Tech Jobs?. Cancel reply

Things You Need to Know About Oriontero

Things you Need to Know About Web Application